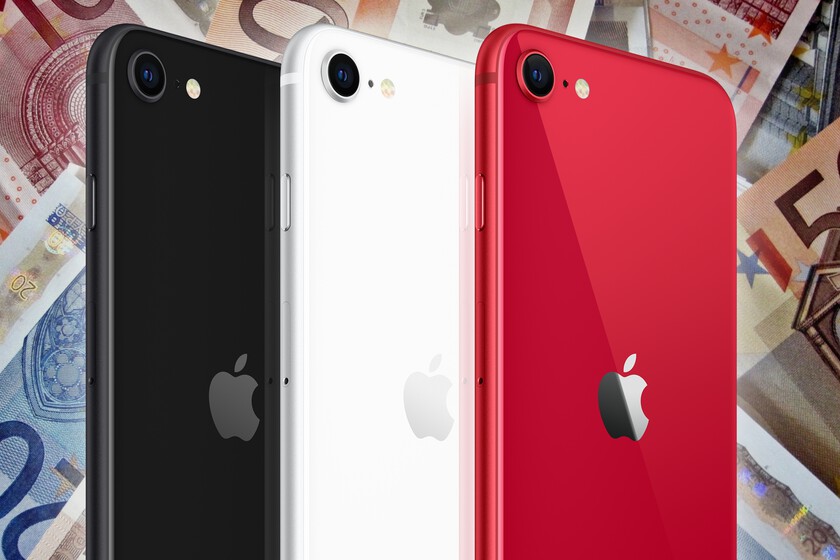 It is common that, when new mobile phones are launched, the previous generation ones drop in price. More in the specific case of Apple, as the company doesn’t cut its device prices until the next ones come out. With the iPhone 14 and the new AirPods Pro, apart from the fact that there has been no drop in other devices, there are some models that They have gone up in price a bit.

It is not a scandalous increase that has taken place, but it is certainly striking when we see that absolutely nothing has changed about them. A case that reminds us of another recently experienced in the Californian company, when we saw that the MacBook Air M1 increased in price by 90 euros after the presentation of the MacBook Air M2.

The iPhone SE 2022, the third generation of the Special Edition Apple has already increased in price compared to its predecessor at launch. From 479 it went to 529 euros. However, after last Wednesday’s event the iPhone SE rose 30 euros and he took it easy. For example, it stands at a starting price of 559 euros.

Similarly, the AirPods 3 also rose in price. Initially they had a cost of 199 euros and now their official price in the Apple Store is 209 euros. In this case it is a increase of only 10 eurosbut most notable is that it was quiet.

These iPhones didn’t go up, but they didn’t go down like they used to

We said at the beginning that when Apple releases new mobile phones, it lowers the price of some previous generations while stopping others. The iPhone 13 Pro and 13 Pro Max said goodbye along with the iPhone 11 and iPhone 12 minikeeping the iPhone 12, 13 mini and 13.

And while in the United States these three mentioned fell in price, in Spain they didn’t. It’s appreciated that they haven’t gone up like the iPhone SE and AirPods 3, but it’s still odd that they continue at the same price they had before the event. This is how they became: