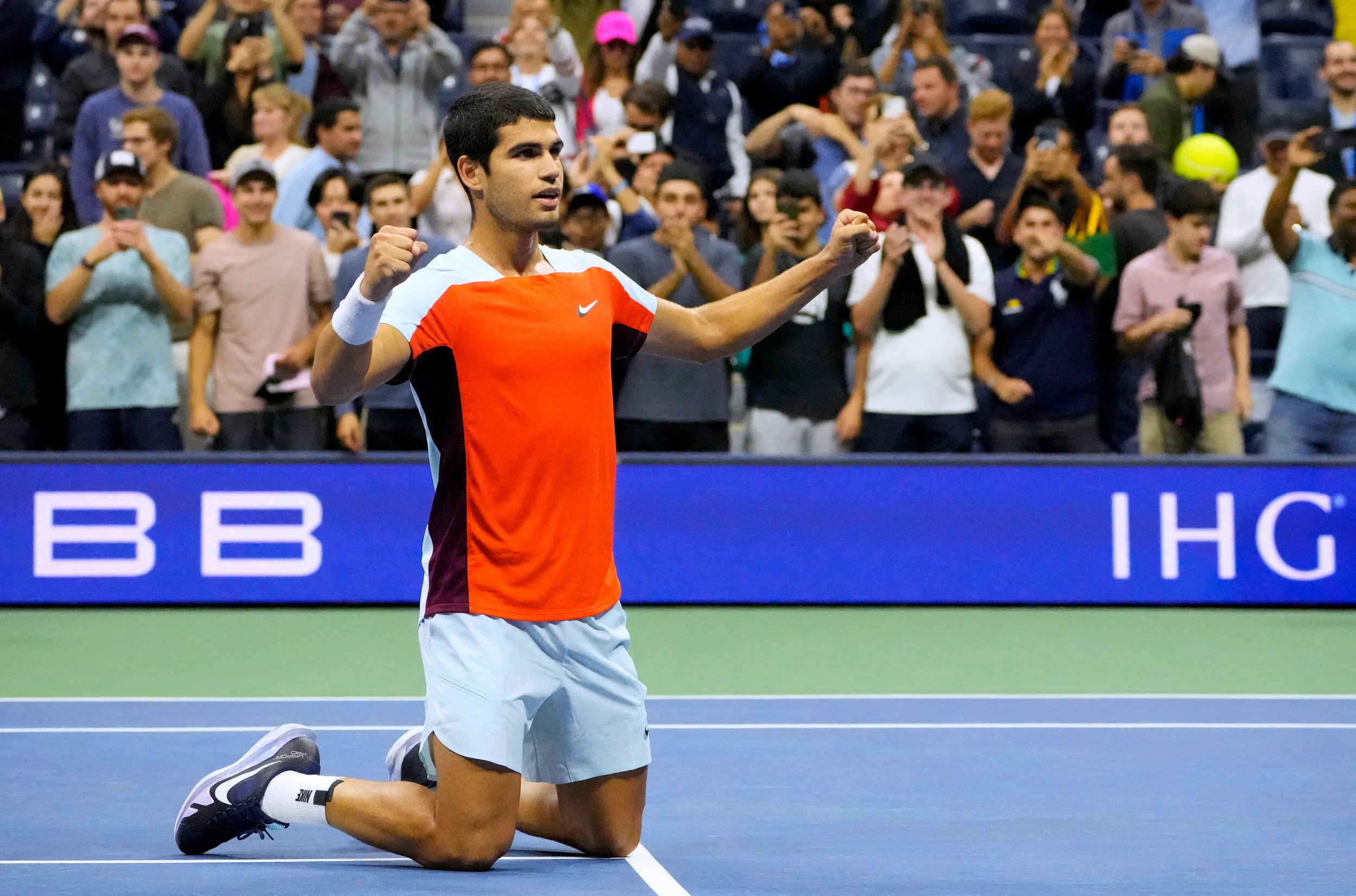 Many 19-year-olds are up after 2 a.m., but most are either partying or doing nothing good. Alcaraz can do without partying, because he is too busy entertaining millions of people and making millions of dollars.

He’s already guaranteed himself £599,000 for the two weeks’ work, and that doesn’t include what he could earn if he wins one or two more matches, or the £4.1million he’s already made this year so far .

Give a normal 19 year old £5million and 2am might be the earliest they go to bed for months. Alcaraz would rather be in bed, but with thousands of fans on Arthur Ashe cheering him on, he didn’t mind playing tennis at that time of night.

Amazon Prime holds the broadcasting rights to the US Open in the UK, and the streaming service – available on smart TVs, as well as laptops, mobile devices and game consoles – allows viewers to select the match of their choice.

The US Open YouTube channel will broadcast extended highlights from the match.

“This tournament is great. The crowd is amazing, I would say the best in the world,” said Alcaraz.

“The energy I get in this court at 3am, it was incredible. Probably in other tournaments, elsewhere, everyone went home to rest. But they stay in the court and support me. It was incredible. ”

Against fellow youngster Jannik Sinner, the crowd was marginally in favor of Alcaraz, but in all likelihood it will be a partisan crowd against him on Friday night when he takes on Frances Tiafoe, the first American man to reach the semifinals for the first time. in 16 years, since Andy Roddick reached the final four in 2006.

Tiafoe could have had an adrenaline rush after beating Rafael Nadal in the fourth round but didn’t, followed by a straight-set win over Andrey Rublev and told the crowd he had “two more” to go.