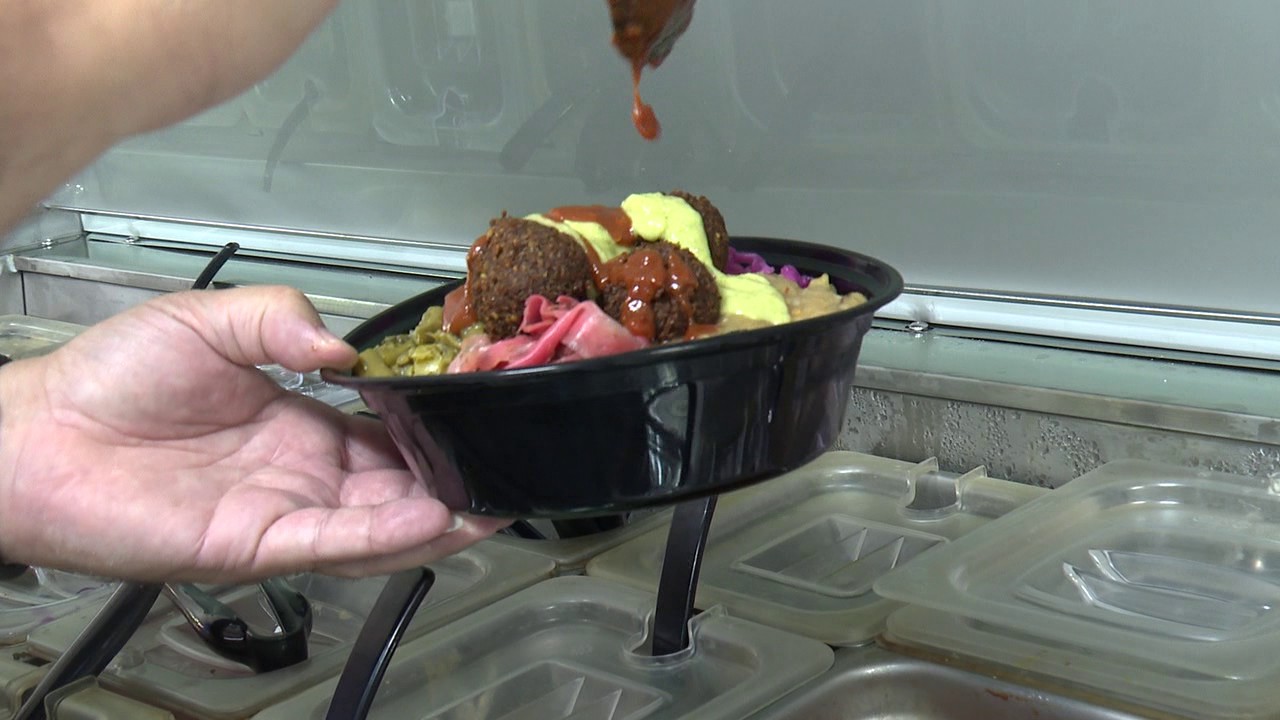 BOARDMAN, Ohio (WKBN) – A new venture in the food industry is all about the adventure when you hit the road. A local restaurant has dropped its main location and gone mobile.

Johnny Bassil likes to make Mediterranean and Middle Eastern dishes. He did it for seven years in restaurant Sauceeino. He has dropped that location and now cooks and prepares meals in a food truck.

“I wanted to visit and interact with all my customers and do something fun other than the restaurant,” said Johnny.

Johnny has converted an old school bus into his mobile restaurant. The food is the same. The truck is just a much smaller space than the restaurant’s kitchen, but it’s been modified.

“I used to deal with my sauces and [the] restaurant has 5 gallon drum and 25 gallon drums. Right now we’re doing support, there’s a big difference,” said Johnny.

Johnny has help in the truck and outside marketing his daughter, Lugina Bassil.