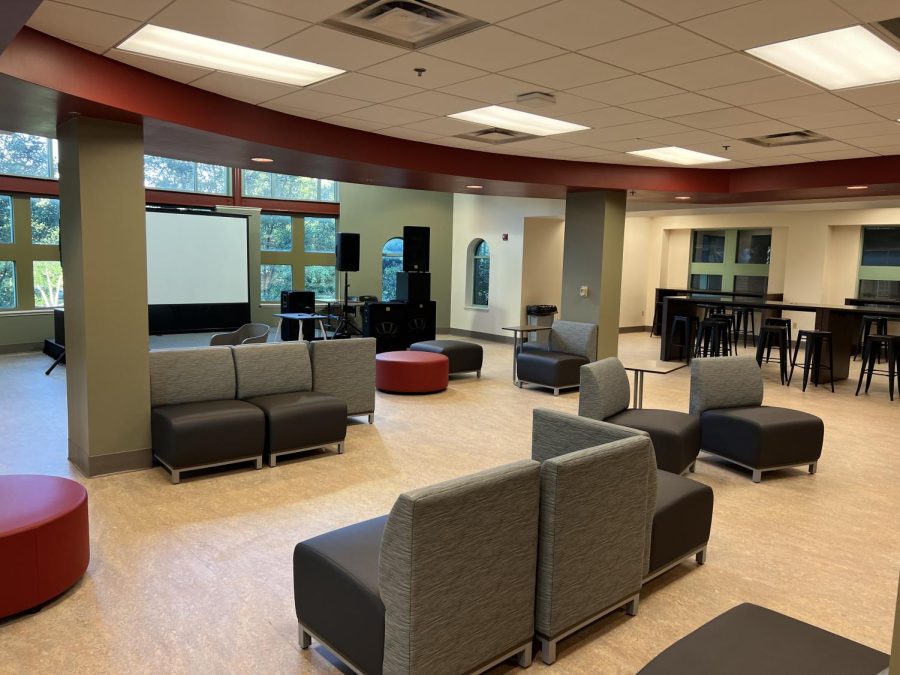 The aim of the renovation is to create a space where students can enjoy programming, socializing, studying and interacting with others.

The renovation centered on the second floor of the building, directly above Doc’s Landing, in three phases.

The first phase involved the modernization of the basic infrastructure. The pillars were redesigned and the walls were repainted.

The second phase involved a renovation of the furniture. High student tables with charging stations, movable furniture and a podium were installed.

The final phase is still in the works and will include the addition of audiovisual and decorative equipment such as televisions, paintings and a final permanent stage set-up.

Waldron, like most buildings on campus, has a rich history. The renovations are not intended to erase this history, but to provide the Gannon community with a more up-to-date environment. When Waldron and Beyer Hall united twenty years ago, the goal was to create a central place for student use. Now, with this renovation, that goal is being realized.

Activities Programming Board, or APB, and Student Government Association, or SGA, played a major role in the renovation. This project has been years in the making, with both former and current APB and SGA presidents leading the way.


Open next page to continue reading
Back1 of 2Next
ADVERTISEMENT