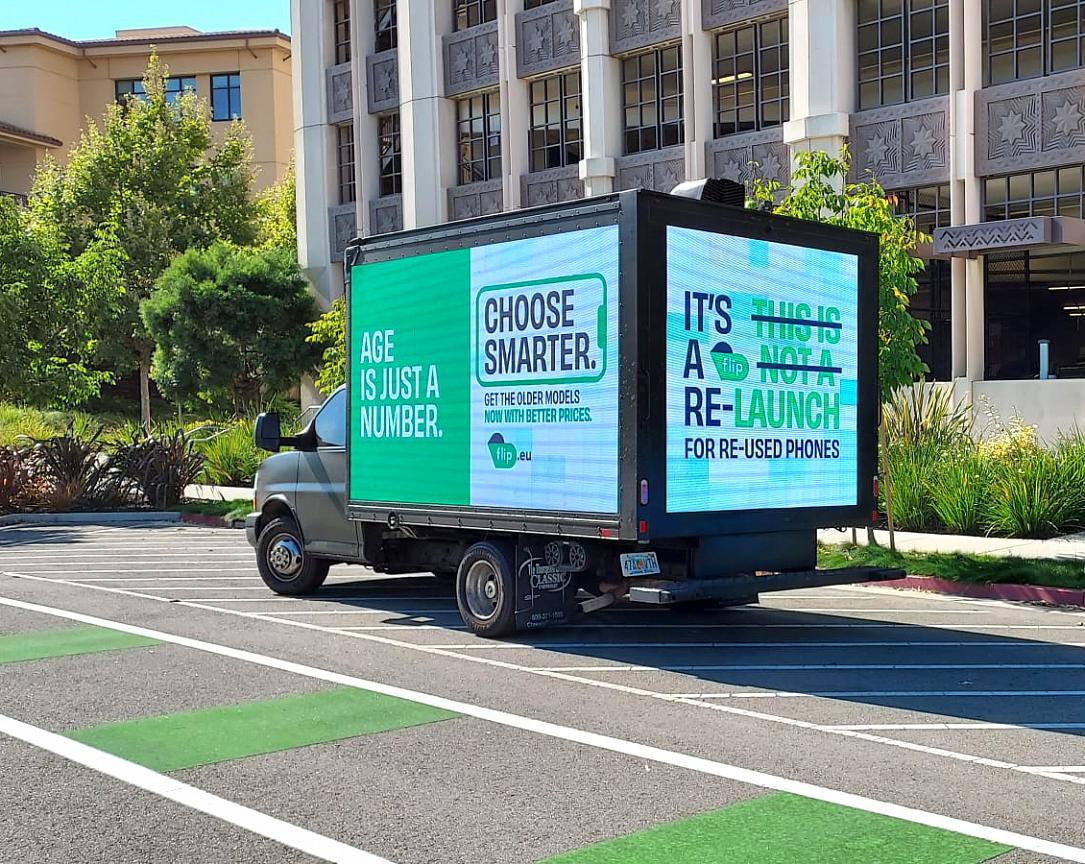 ADVERTISEMENT
When Apple launched its new iPhone 14 on September 7, Romanian startup Flip.ro took the opportunity to relaunch the older, refurbished models. It promoted recycled phones through messages displayed outside the US tech giant’s headquarters in Cupertino, California, and on advertising screens in Times Square, New York City.

Flip.ro is a marketplace founded in 2019 by Romanian entrepreneurs Alin Luca, Alex Burghelia and George Moroianu. It buys, refurbishes and sells smartphones, with Apple being the most popular brand on its website.

During the launch event at Apple’s Cupertino campus, a truckload of LED TVs circulated with messages encouraging customers to buy refurbished phones rather than new ones, out of hundreds of thousands of pre-existing models. They read: “We are already celebrating the relaunch”, “This is not a launch. It is a relaunch for recycled phones” or “The model is just a number”.

In addition, on the same day, similar messages were also displayed on the advertising screens in Times Square, NYC. Phrases like “We’re celebrating the relaunch of older models at a better price” caught the attention of passers-by in the center of the Big Apple.

“We support a circular economy, so the launch of the new iPhone was the perfect time for us to encourage users to shop smart, especially as choosing a refurbished smartphone is more sustainable for both their wallets and the planet,” he said. the Flip. .ro founders.

Flip.ro, part of the eMAG group, has bought and sold more than 170,000 smartphones to more than 100,000 customers to date. In the first half of 2022, it recorded a tax value that was three times higher than in the same period last year.