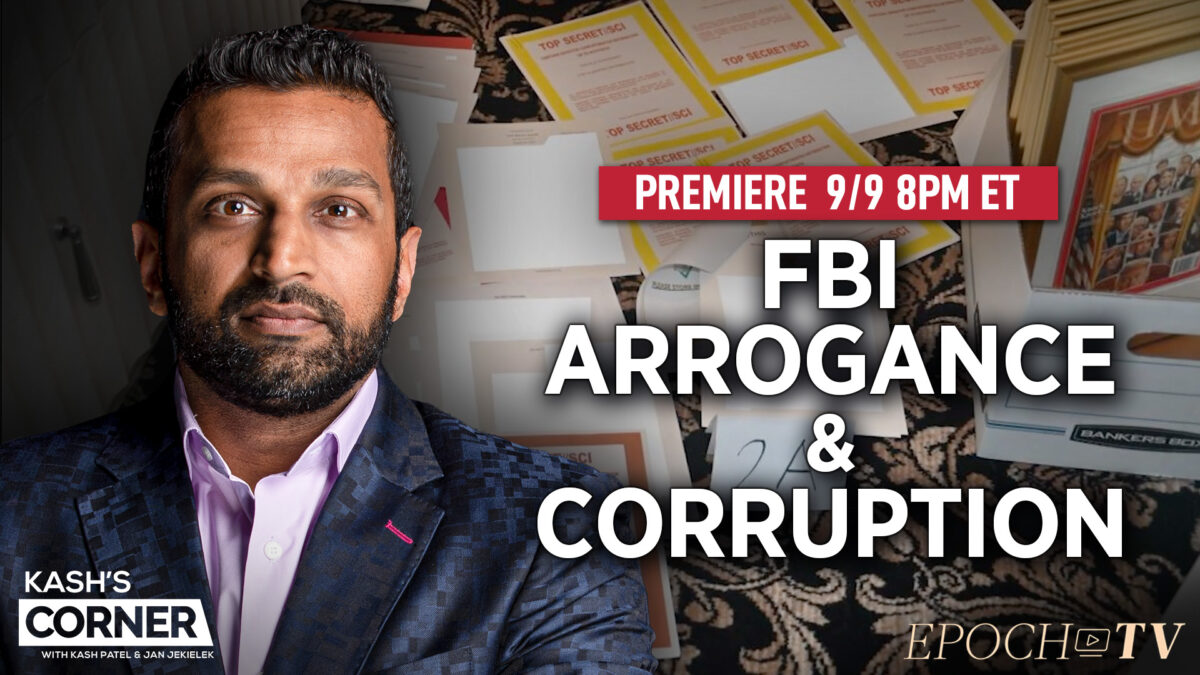 In this episode of Kash’s Corner, Kash Patel discusses Judge Cannon’s ruling to allow a special master to review the Mar-A-Lago search warrant case, and her criticism of the DOJ and the FBI for their handling of Trump’s personal items during the raid.

“And so basically what the judge is saying is, ‘I, as an Article III district attorney — the judge — don’t trust you — the FBI and DOJ — based on your own conduct and based on the injunctions you’ve applied for and executed,” says Kash Patel.

As Danchenko’s lawyers want to drop the charges against Durham, new court files show that the FBI knew early on that the Steele Dossier was false.

“You now have the number one source of the Steele file pleading in federal court during a criminal investigation against him, telling the world and the judge that ‘the Steele file was BS, I was the main source, and I told the FBI in January 2016,” said Kash Patel.

“It’s easy. Release the documents. What are they going to say? ‘The Mark Zuckerberg 302s are classified?’ Those 302s should be made public yesterday,” said Kash Patel.