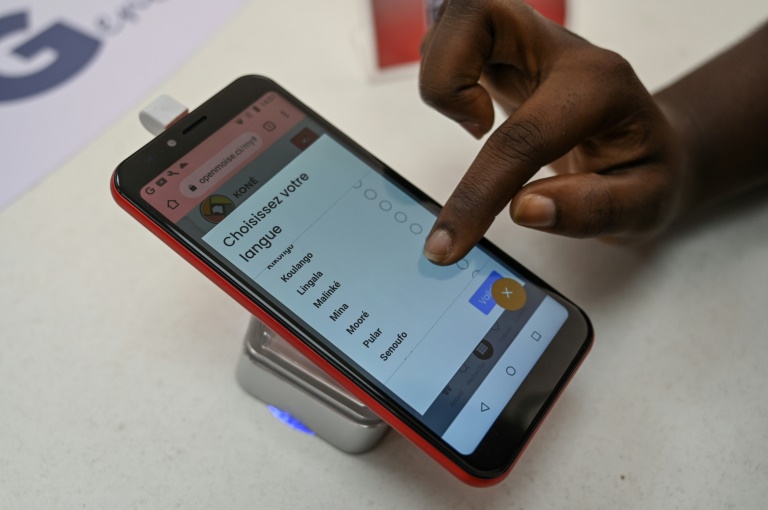 ADVERTISEMENT
Abidjan – Voice-activated smartphones are targeting a huge but often overlooked market in sub-Saharan Africa – the tens of millions of people who face enormous challenges in life because they cannot read or write.

In Côte d’Ivoire, a so-called “Superphone” is pitched to the vast majority of the population – as many as 40 percent – who are illiterate with the help of a vocal assistant who responds to commands in a local language.

Developed and assembled locally, the phone is designed to make everyday tasks more accessible, from understanding a document and checking a bank balance to communicating with government agencies.

“I just bought this phone for my parents back home in the village, who can’t read or write,” said Floride Jogbe, a young woman who was impressed by social media advertisements.

The smartphone uses an operating system called “Kone”, unique to the Cerco company, and includes 17 languages ​​spoken in the Ivory Coast, including Baoule, Bete and Dioula, as well as 50 other African languages.

Cerco hopes to expand this to 1,000 languages, reaching half of the continent’s population, thanks to the help of a network of 3,000 volunteers.

The goal is to address the “frustration” illiterate people feel with technology that requires them to be able to read, write or spell effectively, said Cerco president Alain Capo-Chichi, a Benin national.

“Several institutions have prioritized getting people literate before making technology available to them,” he told AFP.

“Our way skips reading and writing and goes straight to the integration of people into economic and social life.”

Of the 750 million adults worldwide who cannot read or write, 27 percent live in sub-Saharan Africa, according to UN figures for 2016, the latest year for which data is available.

The continent is also home to nearly 2,000 languages, some of which are spoken by tens of millions of people and used for interethnic communication, while others are dialects with a small geographic distribution.

Lack of numbers or economic clout often means these languages ​​are overlooked by developers who have already designed vocal assistants for languages ​​in larger markets.