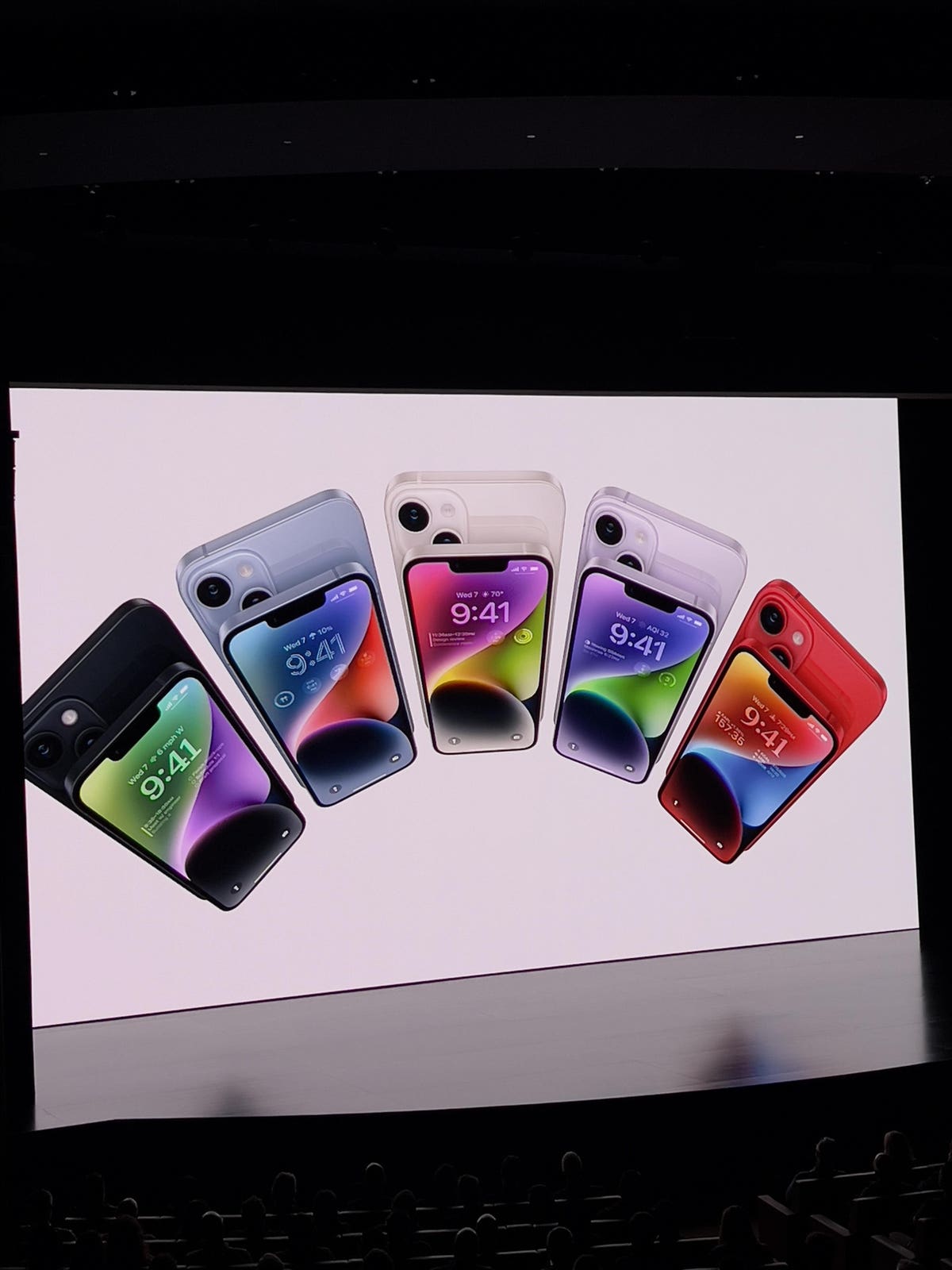 Apple unveiled its latest iPhone 14 devices along with new versions of the Apple Watch and Airpods earphones at a special event held on Wednesday.

While we expected Apple to increase prices for the iPhone this year, given higher component prices and supply constraints, the company surprisingly held on to pricing across the lineup. However, we think it’s still likely that the average price for iPhones will also be higher in this cycle, for a number of reasons. Apple launched two Pro versions and two standard versions of the device. We think Apple should be able to sell a great mix of customers to the Pro versions of the devices (starting at $1,000) this time around, as they seem like a much better value proposition. For example, the Pro devices offer exclusive features like Always Visible, significant camera improvements and design tweaks where the signature iPhone notch (which houses the front camera and face ID sensor) is replaced by pill-shaped cutouts that display alerts and notifications. For the regular iPhone 14, Apple has maintained the price of $800 on 6.1-inch devices, although it has replaced the $700 iPhone Mini with a more expensive 6.7-inch model that starts at $900. Last year’s chipset, the A15, kept on the iPhone 14, in a move that could help increase margins somewhat as chips’ manufacturing costs and production yields improve over time. Apple also continued this strategy of premiumization within its Apple Watch lineup, launching a new Apple Watch Ultra, priced at $800, compared to the $400 for the regular Apple Watch models.

The launch of the new devices is accompanied by a relatively challenging macro environment. US GDP has contracted over the past two quarters and consumers have cut retail spending amid rising inflation while prioritizing services and experiences. However, we don’t think the introduction of Apple’s new devices will have a significant impact. By way of perspective, iPhone sales have increased by an average of 4% from last year over the past two quarters, despite the broader economic contraction. In addition, wireless carriers seem to be strongly promoting the new devices, seeing them as an opportunity to bring more high-end customers to their newly built 5G networks. For example, both AT&T and T-Mobile offer the new iPhone 14 Pro free of charge to customers under certain conditions.

We have a valuation of $178 per share for Apple, which is about 14% higher than the current market price. See our analysis on apple appreciation: Is AAPL stock expensive or cheap? for an overview of what drives our price estimate for Apple. See also our analysis of Apple Revenue to learn more about the company’s key revenue streams and how they’ve been trending.