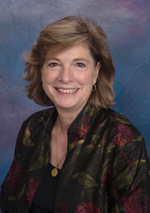 ADVERTISEMENT
Lipson Neilson PC, a national law firm with offices in Nevada, Colorado, Arizona, Michigan and now Ohio, is pleased to announce that attorney Lee McGraw Brewer is an advisor to our growing team.

Ms. Brewer, a lawyer for more than 33 years, is a specialist in all aspects of bail and marriage law and will oversee the firm’s new office in Columbus, Ohio. She is licensed to practice law in Ohio and has been admitted to the U.S. District Courts for the Southern and Northern Districts of Ohio and the Eastern District of Michigan.

Ms. Brewer has appeared regularly as a speaker, authored multiple articles and chapters on Fidelity and Surety Law topics, and co-edited the recent American Bar Association publication, “Arbitration and the Surety.”

Prior to joining Lipson Neilson, Ms. Brewer handled claims in-house for multiple collateral, served as a partner in a fidelity and security consulting firm, and practiced law in private practice for the past 20 years.