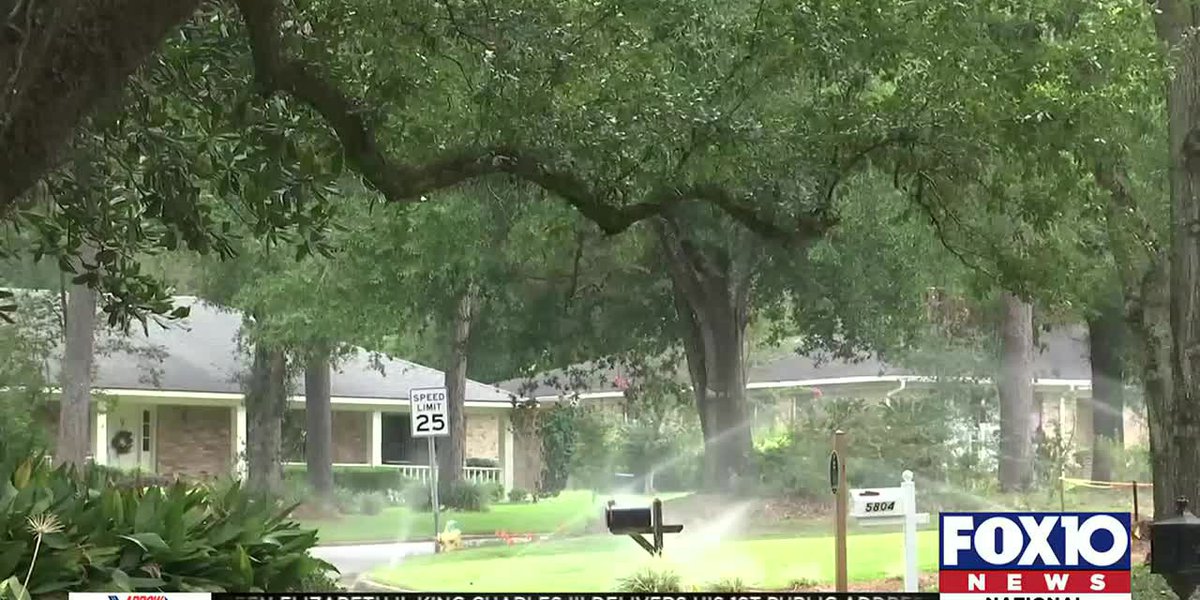 MOBILE, Ala. (WALA) — Some residents are complaining that the city is failing to trim the trees, repair broken ditches and perform other routine maintenance — to the point where at least one homeowners’ association is spending thousands of dollars in its own money.

The Regency subsection, which has some 320 homes, has had problems with vehicles scraping low-hanging branches. Anything that stands in the way is the city’s responsibility.

But homeowners association president Stephen Breland told FOX10 News that he has given up hope that the city’s urban forest management team will address it. He said the association spent $3,000 last year trimming the canopy along Regents Way and is spending another $4,000 this year on tree work along Westbury Drive.

“We could get to the city, but it’ll be years before they get out of here and do it. At least, you know, based on our past experience, that’s what it takes,” he said. “So we don’t have to wait years. We have trucks that run into tree branches every day now.’

Breland said his concerns go beyond aesthetics. He noted that the insurance on a U-Haul rental does not cover the roof.

“So if we have a new neighbor come in here and a limb rips open the roof of their U-Haul, they’re hooked on it,” he said. “And so there’s a liability issue, you know, too.”

City officials recognize that they are lagging behind on rights-of-way maintenance projects. Chief of Staff James Barber told city council members last week that the administration is transferring money from savings to pay for such projects.

In addition, Mayor Sandy Stimpson’s proposed budget for the coming fiscal year includes an additional $500,000 to hire outside contractors to cut down the canopy, remove stumps and care for other forestry needs on public land.

“I think that will help,” said city spokesman Jason Johnson, adding that manpower in the city’s urban forestry department is a critical need.

“It exposes a problem I’ve been talking about for months. … I keep getting the same calls over and over,” he told FOX10 News.

Mobile resident Jeff Shore said he complained for years about dying ornamental cherry trees outside his home in the Heritage Woods subdivision. He said the city eventually brought them down after a garbage truck was damaged by contact with one of the three and then knocked over its mailbox.

But more than three years later, Shore said, the city still hasn’t removed the stumps. He said the stumps damaged his lawnmower equipment and the sidewalk.

“They’re just annoying. They are ugly.” he said. “Also, the roots on two of the stumps under the sidewalk had grown and proved wrong. People have fallen on the uneven sidewalk and come to my door and threaten to sue.”

It’s not just trees, Breland says. He said the city is slow to address the sewage problems. He said Breland collapsed from the weight of large trucks earlier this year. He said he opened a ticket through the city’s 311 system on Feb. 1. But nothing had happened on Friday.

Given that it took the city years to repair another broken drainage ditch, Breland said, he’s not optimistic.

“They’ve said they’re going to replace it,” he said. “But Lord only knows how long that will last.”

Download the FOX10 Weather app. Get life-saving severe weather alerts and your location alerts wherever you are. Available for free in the Apple App Store and the Google Play Store.