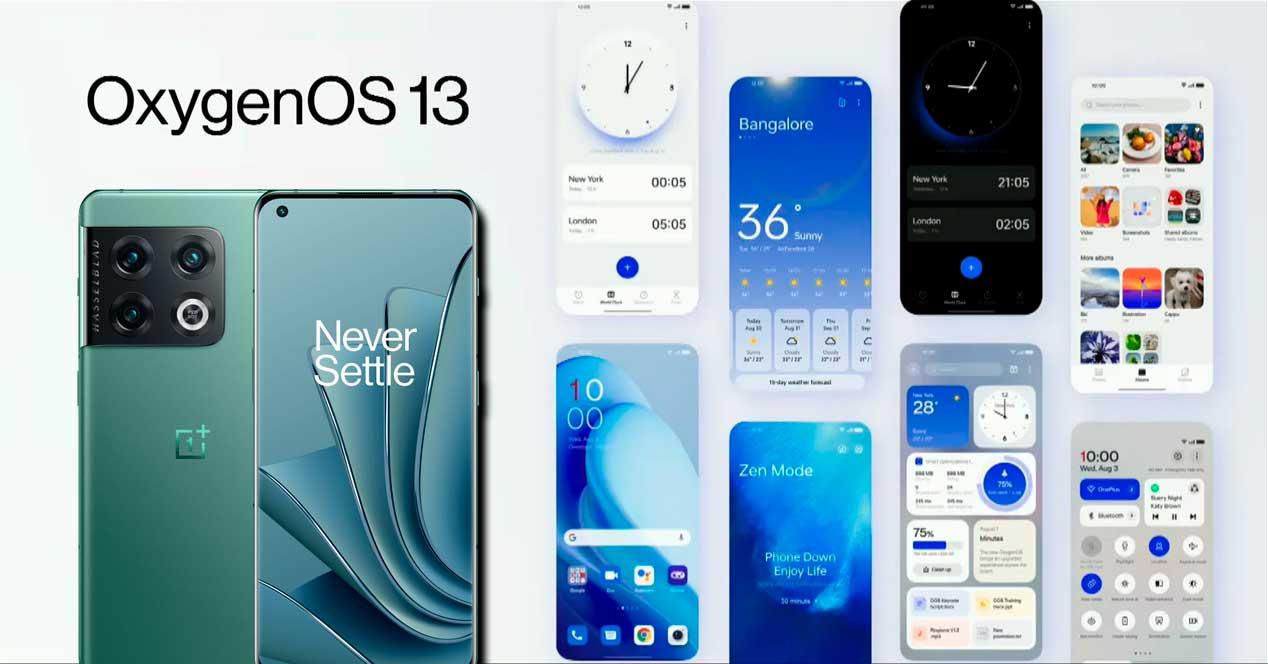 ADVERTISEMENT
OnePlus made the presentation of Oxygen OS 13 along with all the news that this release brings. The company has not provided information about the mobile phones that will or will not receive it, but based on the various filtered lists and the company’s update policy, we can intuitively who is chosen?.
At this event, they also presented the new member of the latest smartphone family of the Chinese brand, the OnePlus 10T, which, along with the other two members, hopes to be one of the first to enjoy the improvements. Of course, not everyone can have a high-end within reach, so we offer you a list below where you can check if yours will be that lucky.

OnePlus phones with update to OxygenOS 13

It is important to note that this list could be expanded, although these are currently the ones included in company policies. OnePlus noted that the be the first to receive OxygenOS 13 will be the flagship OnePlus 10 Pro and that the second will be the one mentioned in the previous paragraph. The Pro variant expects to do that soon, while the T model is expected to do so in the last months of the year. The catalog of phones with the update looks like this:

In this list are devices that came on the market two years ago, but if they have the version of OxygenOS 13, they have already become three. This is the figure at which the Asian company sets its update policy. Among the candidates there cheaper alternatives like the Nord range, which in all respects consists of versatile proposals, such as the OnePlus Nord 2T 5G. In short, you don’t need to spend too much to get the next system upgrade.

Those who don’t have the version

After what was just mentioned above, it is obvious to think that every model has landed past the year 2019 They won’t even get a chance to hear the news of OxygenOS 13. However, we’re going to list those models under these circumstances to clear up any doubts and see for ourselves: