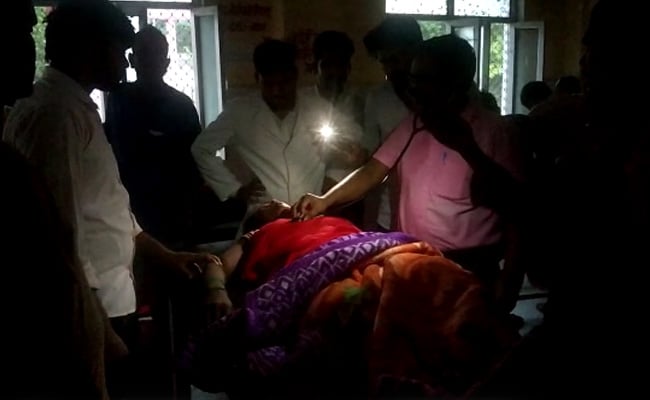 The doctor examining a patient under a mobile flashlight

A hospital in Uttar Pradesh district was plunged into darkness on Saturday, but then doctors began examining patients under mobile flashlights, videos showed.

The hospital in Balia district suffered a power outage yesterday after heavy rainfall and so, according to reports, patients were treated under mobile flashlights for more than an hour.

Several people can be seen crowding a woman on a stretcher while a person holds up a cell phone to shine light while a doctor examines her.

In other images you see patients sitting in the pitch dark.

“There was a failure for 15-20 minutes when we got the batteries for the generator,” said Dr. RD Ram, orthopedic surgeon and chief of the district hospital, explaining what happened.