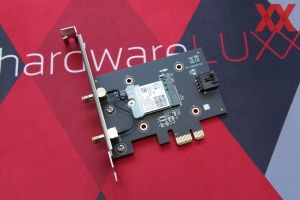 WLAN technology has made a huge leap in recent months. Of course, with each new generation, here comes the typical chicken-and-egg problem. Wi-Fi 6e is the biggest buzzword here. Many end devices, smartphones, tablets, notebooks and motherboards with WLAN modules are now equipped with this standard. The choice of routers is still somewhat limited, but progress is slow here too.

With the recently tested ASUS ZenWiFi Pro ET12 and the ROG Rapture GT-AXE11000, from the ASUS and TP-Link Deco AXE5400, the theme Wi-Fi 6E has already made its way to our company.

Wi-Fi 6e uses 6 GHz spectrum in addition to the 2.4 and 5 GHz bands. To be precise, the respective transmission bands are between 5.925 MHz and 7.125 MHz. The number and width of the individual radio channels increases considerably in some cases. For example, 29x 40 MHz, 14x 80 MHz or 7x 160 MHz are considered. So Wi-Fi 6e should allow for a massive increase in data throughput — parallel to 2.4 and 5 GHz networks. When in doubt, compatible devices operate in their own Wi-Fi 6e channels, which are significantly faster.

In 2020, Intel bought network specialist Rivet, which has made a name for itself with fast network hardware. A while back we looked at the then current WLAN module with the Killer Wi-Fi 6 AX1650. Intel Killer Wi-Fi 6e AX1675 is the latest version, which also supports Wi-Fi 6e with 6GHz band and wider transmission channels.

The WLAN module controls the network in the 2.4, 5 and 6 GHz bands. Theoretically, a bandwidth of 2,400 Mbit/s is achieved for a 2×2 antenna configuration. In addition to WLAN, the module can also address Bluetooth 5.3.

We tested the WLAN module in the form of an M.2 1216 card that can be packed into the M.2 CNVio2 slot. On the one hand, this can be done in notebooks, but also motherboard manufacturers can use it. Technically there is not much to say about it.