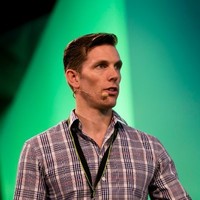 Nokia Mobile has a new CEO for Northern and Western Europe. James Robinson is originally an Aussie with an extensive resume at HTC from 2014 – 2017, Blackberry in 2013 and Samsung from 2009 – 2012 as an account manager. You can view more information about James on his LinkedIn account. He was also country manager in ANZ (Australia and New Zealand) and PI (Pacific Islands). Under his leadership, Nokia Mobile became a top 5 smartphone player and the No. 1 feature phone brand in Australia.