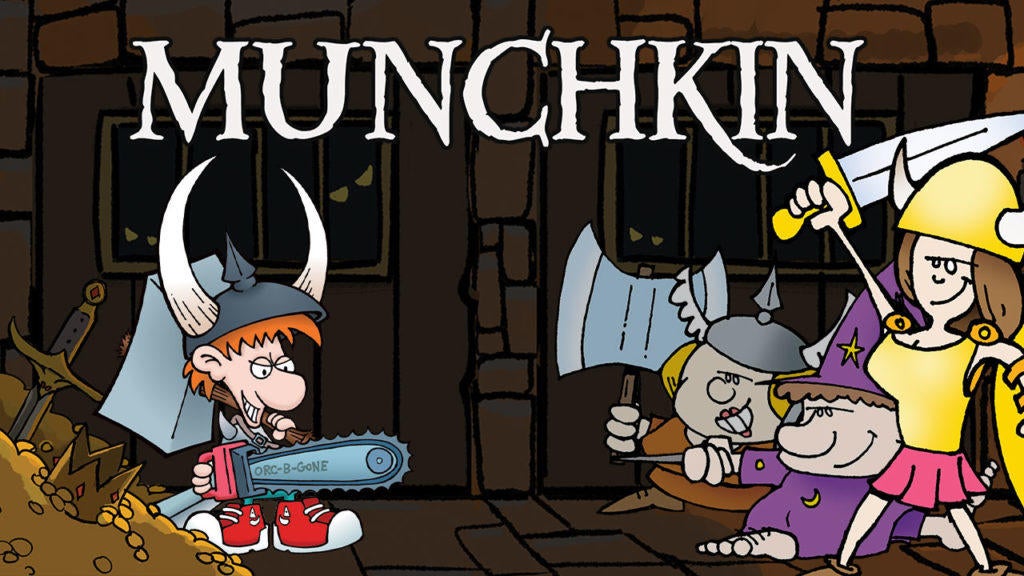 Dire Wolf Digital has announced: Munchkin digital, an adaptation of the crazy card game from Steve Jackson Games. Munchkin Digital will be released this fall on Steam and mobile devices, with cross-platform play available. The game appears to use John Kovalic’s iconic artwork as players try to outsmart their opponent and collect as much loot as possible. You can watch the game’s trailer below:

Munchkin is a popular franchise of games in which players take on the role of adventurers exploring a dungeon. Players kick in a door at the beginning of the level and try to face everything that lies behind it. These cards range from useful items to curses that hinder the player to monsters that must be defeated. When faced with a monster too strong for one player to handle, they can try to convince other adventurers to help. Opposing players will often cast curses on a player when facing an enemy, trying to prevent a player from leveling up and winning the game. The first player to reach level 10 wins, with backstabbing and betrayal being a crucial part of the game.

Steve Jackson Games has released numerous spin-offs to munchkin, with different games that satirize different genres of games, movies and stories. Various extensions to Munchkin have also been released. A nice part to Munchkin is that the games naturally sync with each other so that players can mix and match Munchkin sets to create vastly different experiences in each game.

Munchkin Digital will be released this fall on Steam and mobile devices. No price has yet been announced for the game.