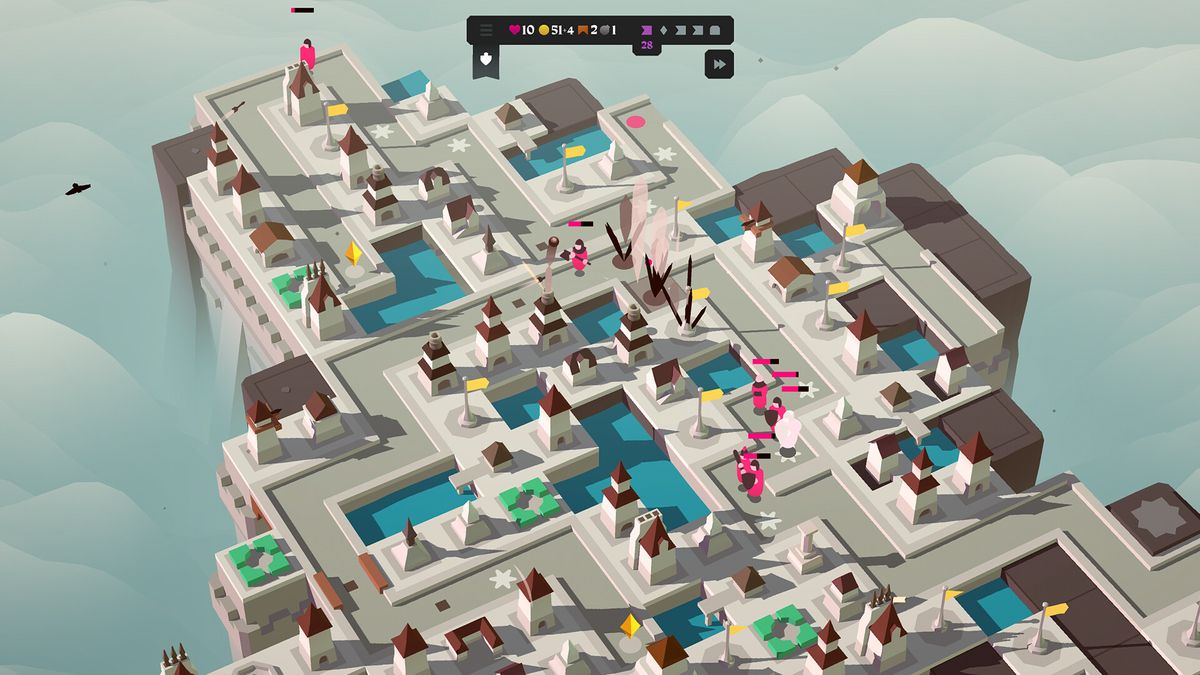 Isle of Arrows is a neat, clean tower defense that hit Steam this week, and while it’s minimally stylized, I had to resist the temptation to call it “small” as it’s pretty sturdy once you’re stuck in it. It was developed solo by Daniel Lutz, who previously worked as creative director on Hitman and Lara Croft GO at Square Enix Montreal.

Isle of Arrows takes more inspiration from tile placement than traditional tower defenses. Rather than emphasizing upgrades, it emphasizes planning and careful positioning.

At the same time, it has the low-key commitment of a good mobile game. You make smart choices to win, but it’s heavily influenced by what kind of cards you get and when. It’s kind of a try, try again game that might be good for when you’re tired or distracted by something else.

Each wave you get a random tile to place on your island. It could be something to extend the tower path, a tower to attack, or a tile like a garden or statue that gives you a bonus. You can also pay money, which you get more from each turn, to place the next tile drawn – and so on and so forth.