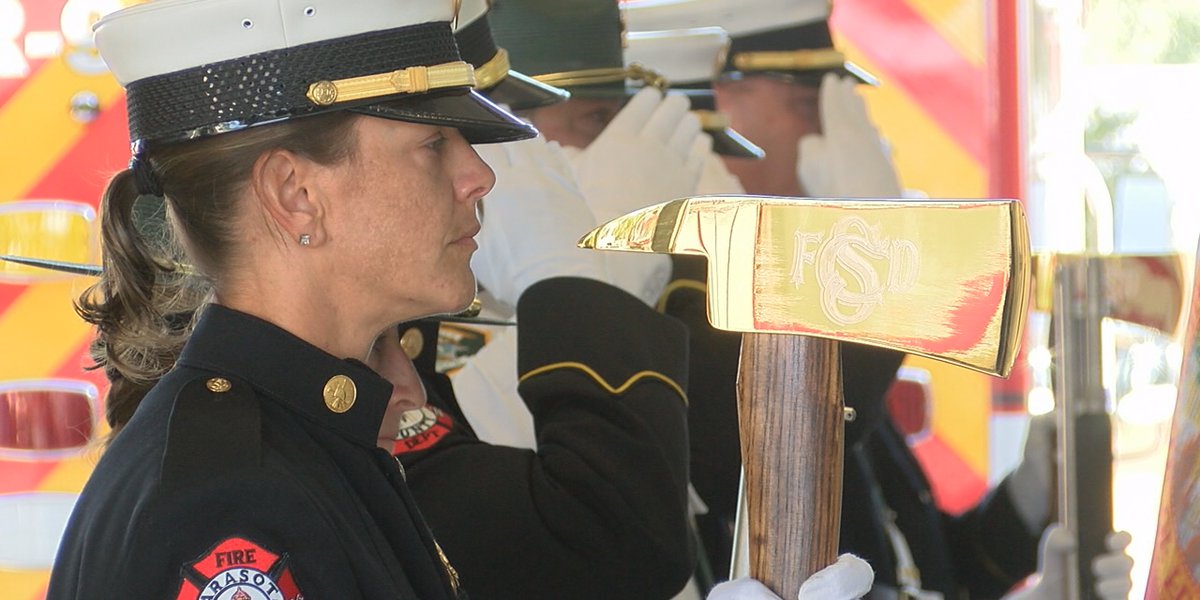 Members of the Sarasota County Fire Department, along with other emergency responders, gathered on Sunday morning to commemorate all the lives lost on September 11, 2001 with a service that looked back on that day. Rich Collins, the county’s emergency services director, led the memorial.

His speech brought listeners back to that tragic day when millions were glued to their televisions watching the attacks unfold: “And wonder if the people I knew who were in the ward and were there that day,” he said. Collins’s room.

Unfortunately, Collins did know someone there that day.

He told the story of a firefighter with the New York City Fire Department, Andy Fredricks, a 21-year veteran on the department with a passion for training. Fredricks and Collins had become friends over the years at various

Collins explained that Fredricks was one of the first to enter the World Trade Center but never come out. It’s sad for Collins to think he’ll lose his friends years later, but his story also serves a grim reminder of what first responders risk every day.

“That every day we come to work is a gift to serve our community,” he said. “Part of that gift may be that we give our lives.”

Twenty-one years later, the victims and heroes of the 9/11 attacks are commemorated with ceremonies performed by the Guard of Honor and a series of speeches and prayers. The displays bring back strong memories for many who think of what they saw that day and the people who are still missing from their lives.

“Prizes tarnish, accolades die, but this memory must live on,” he told the crowd in a speech.

Some of that memory is now physically in Sarasota. Speakers presented a large piece of metal, a piece of the World Trade Center that had been lifted from the ashes of the attacks. First responders explaining the artifact will serve as a reminder not only of the lives lost, but also of the courage that united our country in the days that followed.

Heroism that lives in the hearts of all first responders who answer the call when disaster strikes.

“That’s why when you wake up, you press your shirt, you put on your Class A uniform, you think about the sacrifice that took place years before we could even wear a uniform,” Regnier said.

Sarasota County plans to hold another similar memorial service next year on the anniversary of the 9/11 attacks.