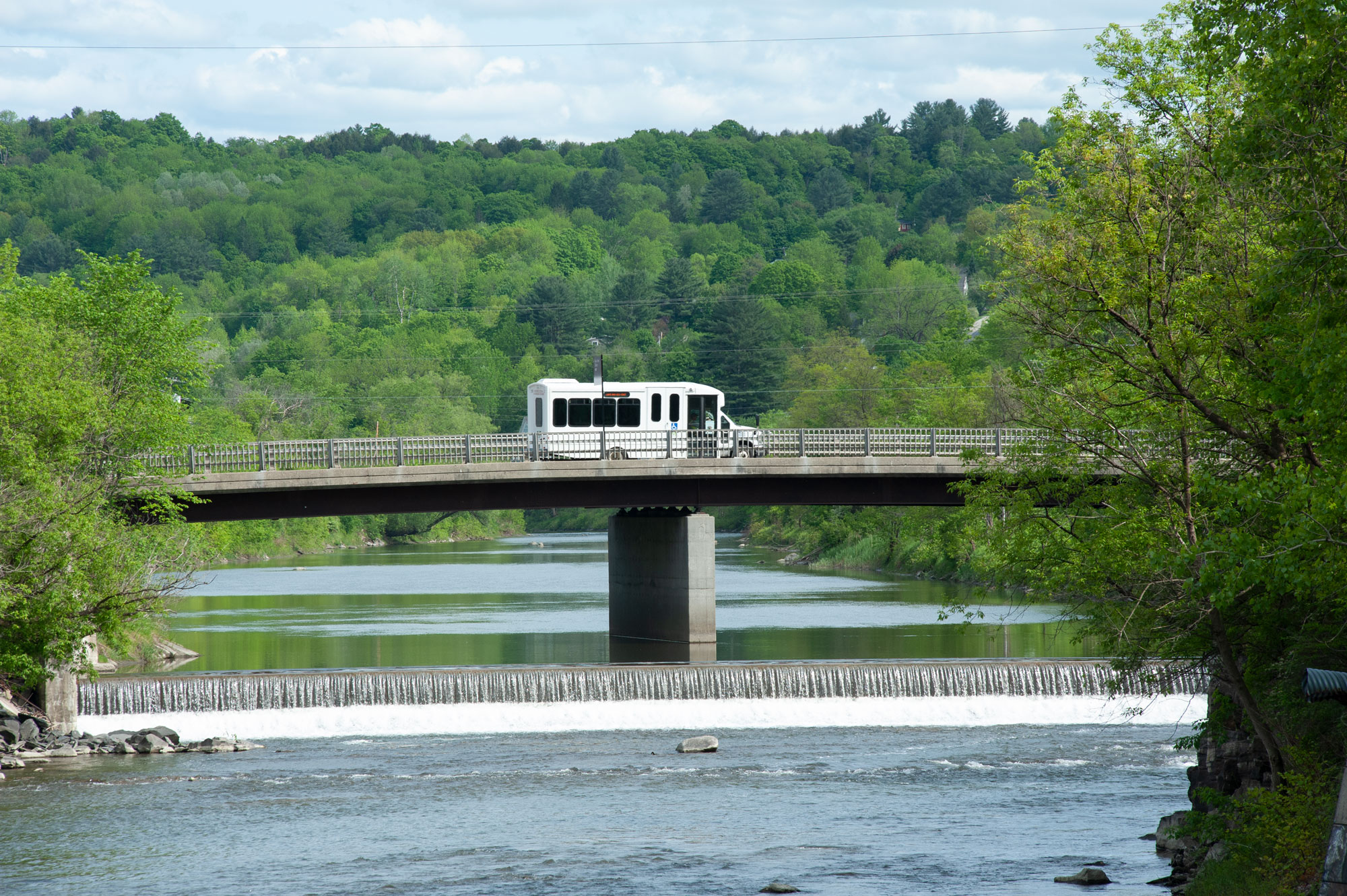 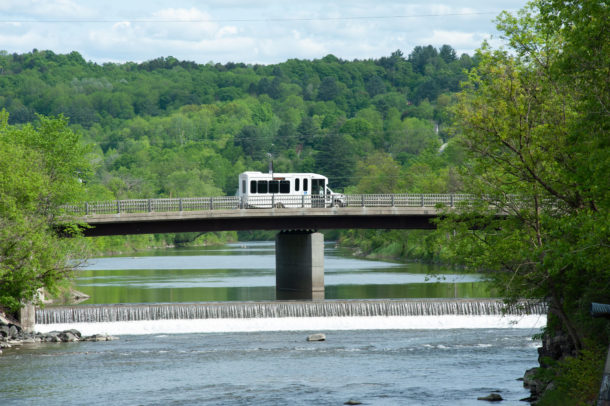 A Green Mountain Transit bus will cross a bridge in Montpelier on Tuesday, May 24, 2022. Photo by Natalie Williams/VTDigger

With the support of VTrans, on-demand microtransit programs will be launched next year in five other communities across the state.

Barre, Manchester, Middlebury, Morrisville and Windsor will partner with Montpelier to test free ride hailing as an alternative or complement to more traditional modes of public transport.

“By the end of this two- or three-year trial, we’d have a pretty good idea of ​​where microtransit would best fit the Vermont model,” said Ross MacDonald, public transit program manager at the Vermont Agency of Transportation.

According to MacDonald, each city will implement services differently: Barre hopes to use microtransit to complement current services; Middlebury will cut off some bus routes, but not all; Manchester and Morrisville plan to replace all regular bus routes with microtransit; and Windsor currently has no public transportation.

The average MyRide trip costs the company $20.04, which is more expensive than the bus system that existed before the pandemic, according to Jamie Smith, director of marketing and planning for Green Mountain Transit. Smith noted that costs fluctuate.

Because MyRide and similar programs allow users to book rides with smartphones, technological barriers may prevent older and low-income people from accessing the services, Sarah Lipton, executive director of the Montpelier Senior Activity Center, said earlier. this year to VTDigger.

Rather than seeing microtransit as a silver bullet to rural transportation, VTrans’s MacDonald said ride-hailing services aren’t necessarily right for everyone.

“It reminds us once again of the challenge of a one-size-fits-all model,” he said, “recognizing that it will be very difficult to get everyone where they need to be when they need to get there under what circumstances whatever. screenplay.”